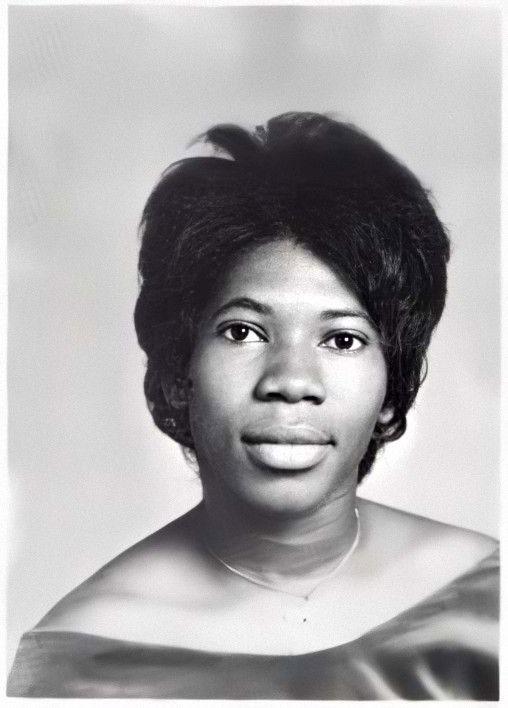 The following oral history was dictated by Betty J. Brown Ross to Pamela Ross for a 5th grade school project.  It tells of her time as a student at the segregated Stuckey School before transferring to Johnsonville High School.

"From 1968 to 1969, I went to Stuckey High School. I went part of high school to Stuckey and part time to Johnsonville.  Stuckey was an all black school and we did not go on any trips.  We had one principal and one superintendent.  We had six periods a day. We didn't have many students at Stuckey.

My favorite memories at Stuckey were grades 9 and 10. My principal was L. D. Bradley and my superintendent was Mr. E. L. Great.  My favorite teacher was Mrs. Curtis Cooper, my English teacher.  My friends were Rosa, Emma, Della, John, Hallie, Albert, Annette, and Mary.  I played basketball in 8th and 9th grade, and during those same years I helped to cook in the lunchroom.  The last part of 1969, we moved to Johnsonville High School, and then we were mixed.

When I moved to Johnsonville, it seemed like we was lost.  The whites was by themselves and we was by ourselves.  The whites ate lunch together and the blacks ate lunch together.  The whites did not want us to come to their school.  In 1970 our new principal was Mr. Charles DuBose.  He had a daughter named Linda and named Charles.  His son teaches Physical Science and he is a very good teacher.  Mrs. Mace was our Study Hall teacher. She has sons named Brad Mace and David Mace and she's at Johnsonville High School still.  When we graduated from Johnsonville High, we had 103 students - Stuckey and Johnsonville combined."