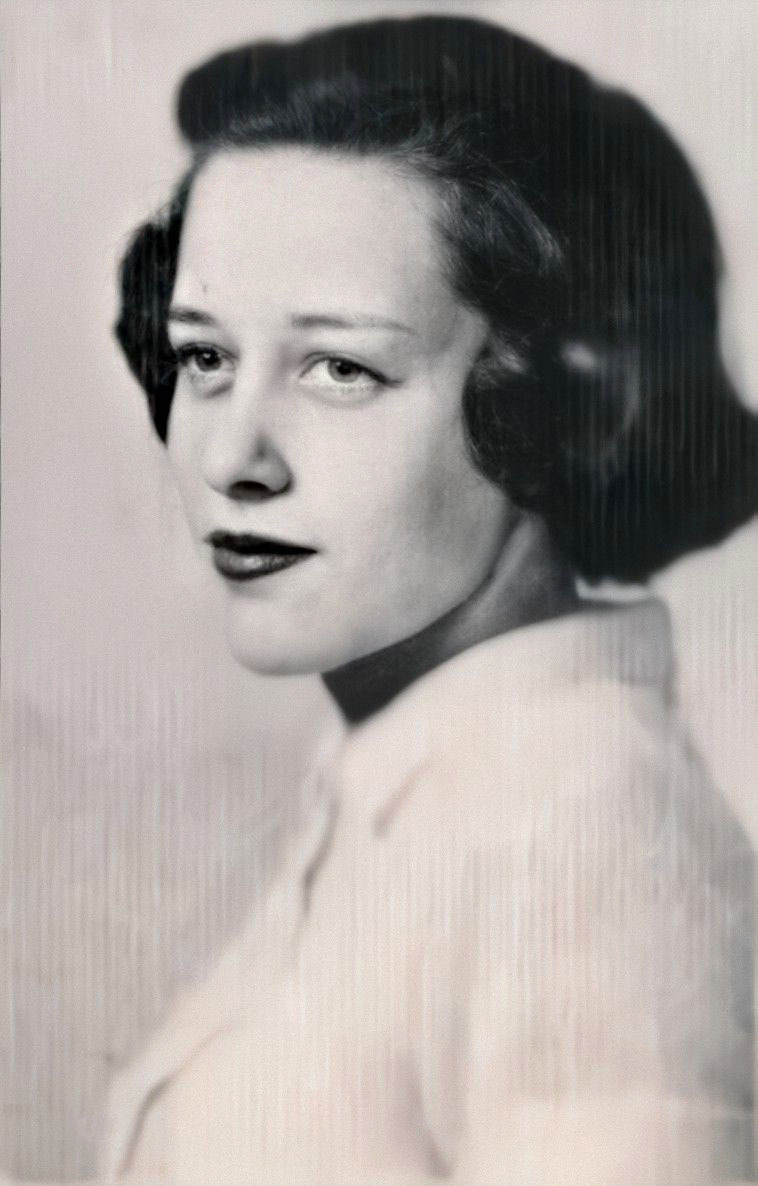 Edna Carolyn Prater Ward (1932-2007) was a daughter of Christopher Leon Prater and Carrie Bell Hanna.  She recounted the following history to her grandson Luke Ward as part of a 5th grade history project:

"When I attended Vox Grammar School from 1938-1945, we had two grades to each classroom.  We had double desks and two students to each desk.  We had old pot bellied stoves in each room for heat and we had out houses for bathroom facilities.  Ms. Emma Ann Henson taught 1st grade and Advanced 1st.  Ms. Maude McClam taught 2nd and 3rd grades, Ms. Georgia Leach taught 4th and 5th grades, Mr. Karl Floyd taught 6th and 7th grades.  He was also the principal.  Each class received instructions for one half of the school day.  You had to sit still, behave, and study while the other class in your room received their instructions.

I remember vividly our teachers coming outside and playing games with us at recess.  We had chapel services in the auditorium every morning.  We would sing, read Bible verses, and be given instructions for the day.  When I went to school, our teacher were treated as very special people and under no conditions were they ever treated with disrespect.  If a student gave a teacher any trouble, he or she was dealt with immediately by their parents and they learned the price they paid was not worth being the class clown.

I attended Johnsonville High School beginning in 1945 through graduation in 1950.  When we left Vox Grammar School and went to Johnsonville, we were not used to changing classrooms when the bell rang and all the country children stood around and had no idea where they were supposed to go or to whose room.  We were totally lost!  We were also ashamed to ask any of the student that had always attended Johnsonville to tell us.  We bumbled around for the first few weeks until we finally learned how "city" students were supposed to function.  It was a very stressful time for Vox, Prospect, and Trinity children as they changed schools.

The classes at Johnsonville were very small compared to the classes of today.  I knew everyone in high school and everyone knew me.  It was a close-knit school and the graduates remain close friends."