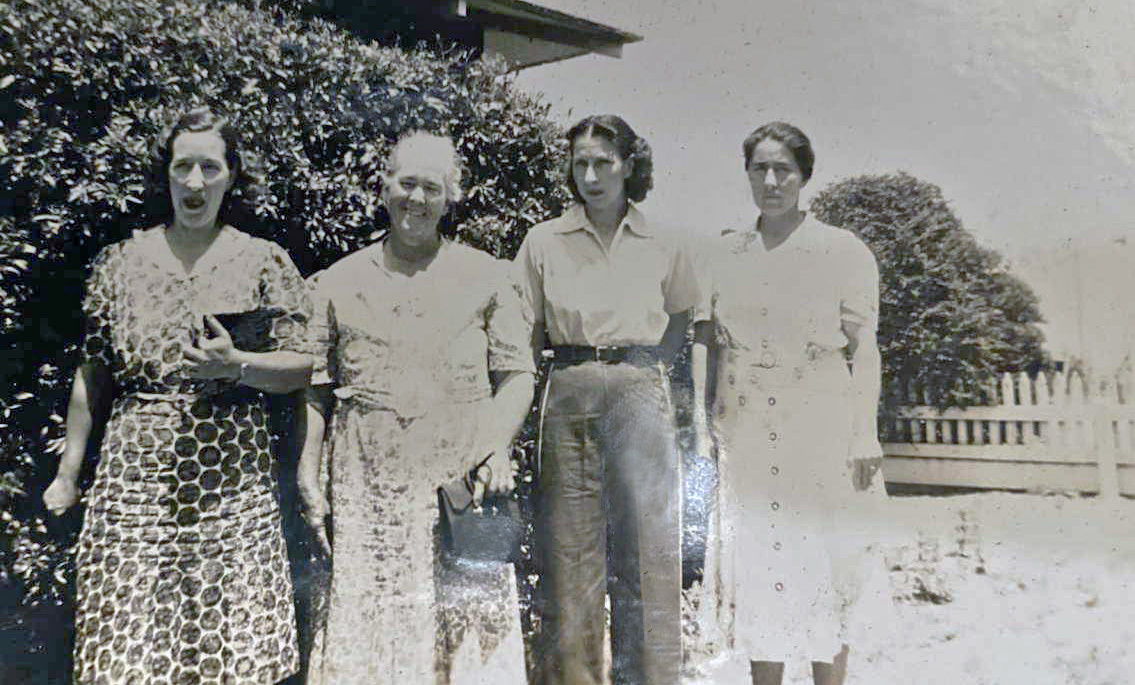 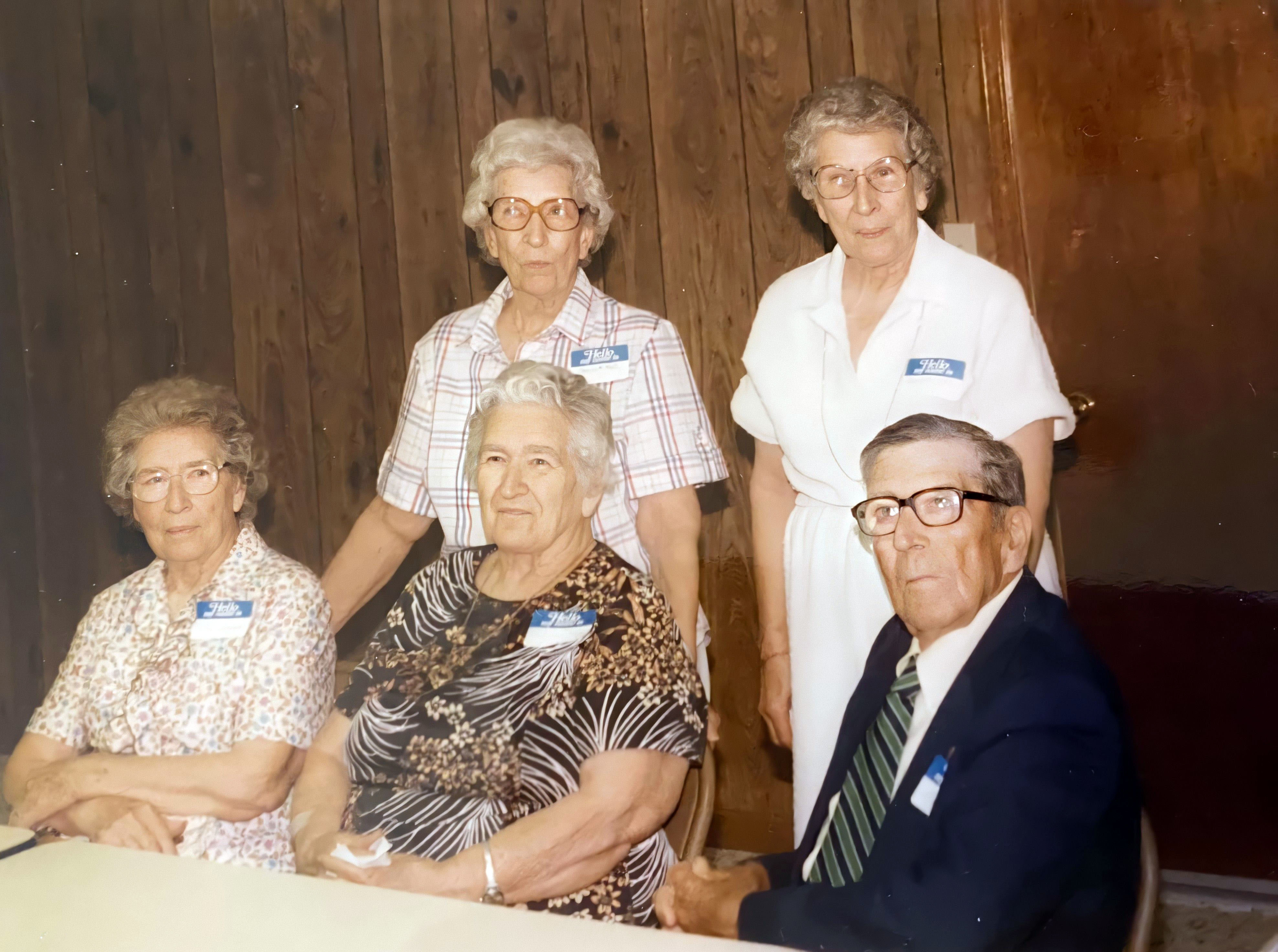 Hessie Mae Hanna Altman, pictured top right with 4 of her siblings in 1983

When I attended Prospect, we drove a horse and buggy to school every day.  My father Samuel Davis Hanna, Jr. was a school trustee.  I had 9 sisters and brothers that attended the same school.  We did not have many books and most of our work was done in school.  There was very little homework.

I remember when it would rain a great deal and the bridge between Vox and Prospect would wash out.  The horse that we drove to school would be afraid to cross the lake without the bridge but we made him anyway.  One day he got real angry, so he pitched and reared until he threw my sister Carrie Hanna (Prater) out and broke her nose.  She sat in the water with her nose bleading.  She screamed and yelled until the older boys ran home and got our mother and father.  Carrie is 92 years old.  Going to school at that time was not easy.

I graduated from Vox High School and then attended Aynor Finishing School for Young Ladies and afterwards I attended Winthrop College.  I always loved school - attending it and teaching it.  I taught school at Vox Grammar School and also at Johnsonville Grammar School."