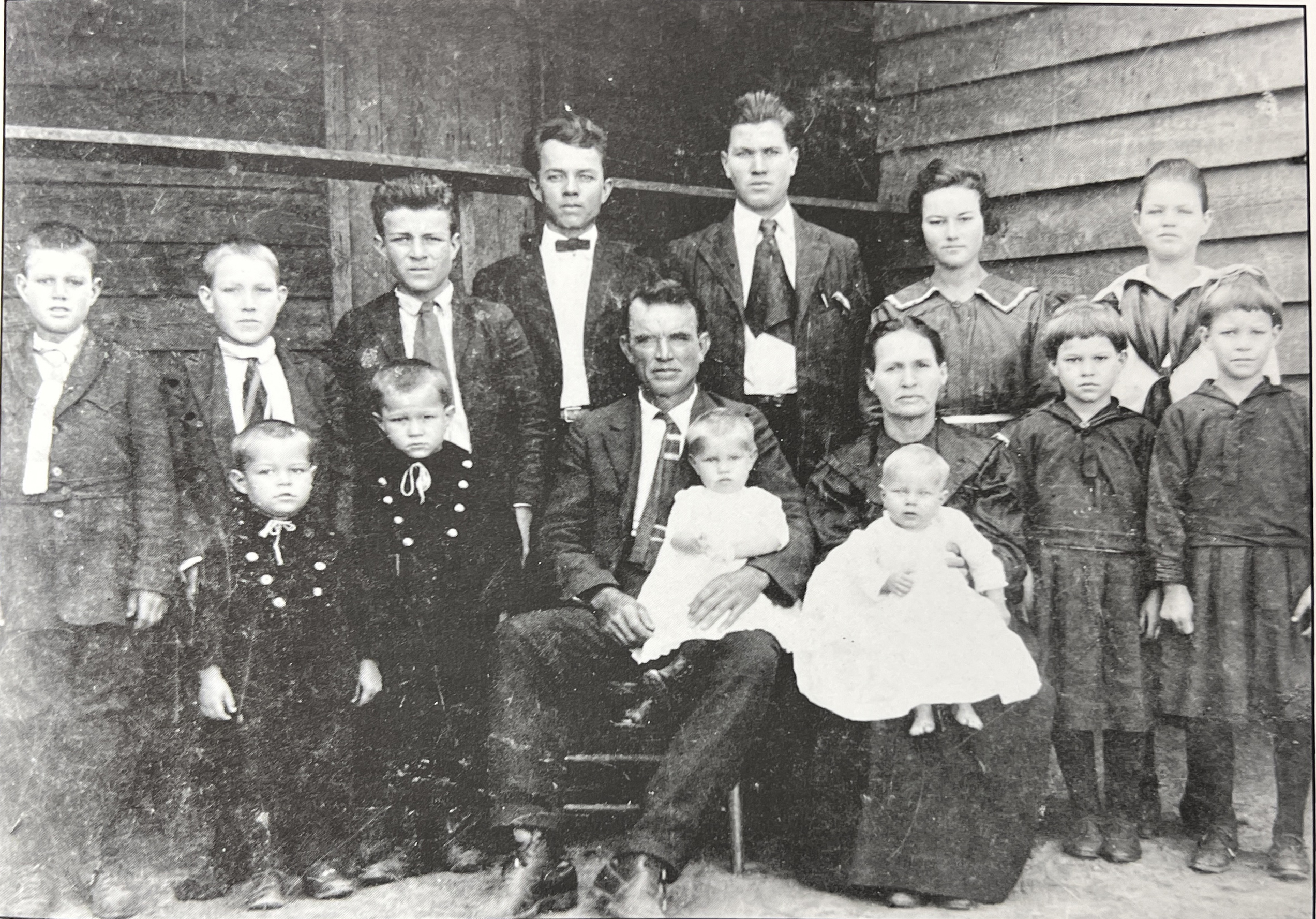 W. A. Lawrimore and Family

The following interview was published in the Florence Morning News, March 30 1961:

Hemingway and Lawrimore are practically synonymous. And March 29 has a special significance - it's the birthday of Hemingway's own W. A. Lawrimore, 90 years old Tuesday.

Mr. Lawrimore is father of 13 children, one adopted child (they missed having a baby around the house) and grandfather of 100.

"I only had 16 cents to my name when I was married," Mr. Lawrimore says, "I got my shoes and my wedding suit on credit." He is and has been a farmer throughout the years, and has extended his property, now with the help of his sons, into several hundred acres.

His wife, the former Miss Annie Watson of Brittons Neck, and Mr. Lawrimore were married on April 13, 1897. They settled on the Pee Dee River, but left in a few years because of the danger of malaria.

They settle on a farm just 3 miles from his present home, and moved up to the crossroads, in the Muddy Creek Community, 23 years ago.

The family is a closely knit group - they stick together, and have done so since childhood. One daughter, Mrs. J. L. Edwards, is the exception. She lives here in Florence. She attributes their closeness with their father's daily habit of having Bible study and family prayer every night.

"He taught all of us to pay our debts, to attend church regularly," Mrs. Edwards said, "and I never remember seeing alcohol at home - nor has there ever been an alcoholic in our family."

Mrs. Edwards remembers, also, that there always "was room for one more at the Lawrimores." When their mother cooked and served, there was usually either a neighbor or some neighbor's child, or perhaps a visiting preacher or so at the table, too.

They loved company and the busy Mrs. Lawrimore was never caught short - she always could have the rel Southern meals in family style, for true. She died on January 15, 1950, after nearly 53 years with her husband.

The family gets together, almost without exception, twice every March on their parents' birthdays and at Christmas, and at least one other time. They have not stopped this through the years.

Mr. Lawrimore has been a deacon of the Hemingway Baptist Church for more than 20 years - he's been named to that office for life, now. Three of his sons are deacons, altogether, two thirds of his children hold some office in the church or Sunday school.

The venerable farmer stayed active up until about 5 years ago. And he still is, but he depends a little more upon son Marvin J., who lives at the home.

One thing stands out, the Lawrimores are a close family. Perhaps it's due to the head of the family and the strength imparted to them through his teaching and that of the church. In the old days, he and Mrs. Lawrimore piled their large brood into the family wagon and drove the 6 miles to the Pee Dee Baptist Church where he was for so many years clerk.

Their love for each other shows, even among their many cousins they see only a few times a year. They visit when possible, if they can't come, they telephone. If one has trouble, they share it. If one has happiness, that spreads just as rapidly.

And Tuesday was the cause of great happiness for all 20 families - the birthday of the father of them all. And about 200 of them gathered yesterday to celebrate the event.