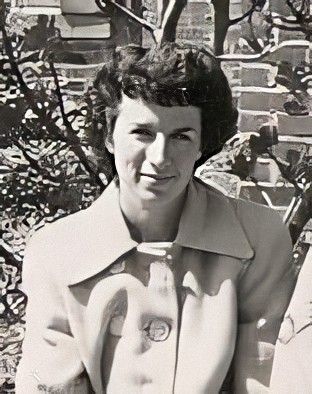 The following was recounted by Katie Eaddy Mims to her grandson Nigel for a 5th grade school project.

"My mother Thetis Prosser graduated from Johnsonville High School in 1923 as valedictorian.  I have an award that was presented to her as well as a class picture.  She was one of the first people to drive a Model-T Ford fresh off the assembly line.  She also ordered her clothes from London, Paris, and New York.

When I began school in 1936, it was different than today.  Children went to community schools.  I started in Vox Memorial School.  It wasn't elementary back then - it was considered lower school.  The grades went from first to seventh, and there was no middle school.  In 1943, I started at Johnsonville High School.  The gymnasium was there, as well as an auditorium behind the high school.  The old high school is now the District Office, and the Vox Memorial School is now Head Start.  Johnsonville High School also housed the elementary school.  Elementary levels were often combined because they were so small.

At graduation, the girls wore white dresses.  In low school, there were assemblies once a week.  Karl and H. M. Floyd were superintendants and in charge of the assemblies.  The Ten Commandments were written on a posterboard posted.  A prayer was said, the Bible was read, and we sang songs.

There were no intercoms back then.  Keys on the typewriters were blackened out and a picture of the keyboard was hung on the wall in order to memorize the keyboard without looking at your fingers.  The picture would eventually be taken down, and if you didn't have the keyboard memorized, you were in trouble!

There was no air conditioning when the weather was hot and only a potbelly stove for heat in the winter.  We had to build a fire out of coal when we got to school.  When I was in low school, we had to walk to school no matter how cold it was outside.  In the winter, I didn't get warm all day long.  And when it really got cold, the assembly was called off.  Times have changed!

When I began high school, there was a bus to ride, however you had to walk quite a ways to catch it.  You didn't miss school because school attendance came right behind church attendance for importance.  I always started school on my birthday, September 9th.  And the school colors weren't always black and gold - in 1947, when I graduated, they were red and white."